There Is No They

Language is a window into another person's world. Recently, it gave me a glimpse into my father's. 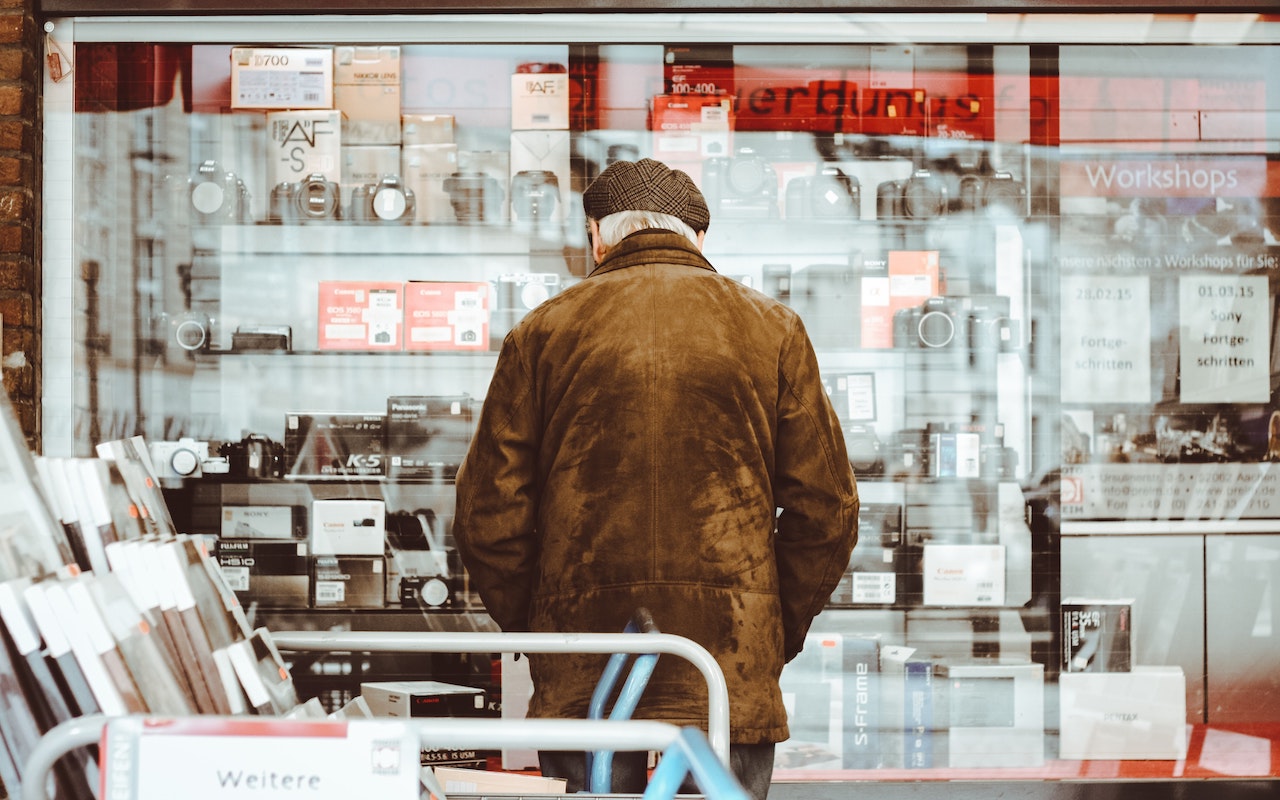 My father's world may be short on agency, but it's also a world full of wonder and mystery. Photo by Marc Kleen on Unsplash

While talking to my father recently, I noticed something interesting about the way he speaks. He tends to use the word “they” a lot, in ways that sound strange and unnatural to me. He uses “they” in ways I never would. It’s such a common, unremarkable word, I had never really thought about what it means or how it’s used. But when I paid close attention to Dad’s speech, I realized that that one little word actually signifies quite a bit.

I realized that I dislike “they” for two distinct reasons. The first and more obvious is the way that it imposes distance between speaker and referent: “They are different from us.” “They can’t possibly understand.” “Don’t be like them.” This is true even in the case of a much more innocuous-sounding sentence, something like, “What do they want?”

To invoke “they” is, literally, to draw a sharp line between one’s own group and another: us vs. them, insiders and outsiders. It’s by definition adversarial. To be clear, everyone can’t always see eye to eye, and there are times when such distinctions are useful in an evolutionary sense, such as in times of crisis. But most of the time we’re better off focusing on the things that we have in common, trying to empathize with others, and making sure that other people’s needs are met. This is rational behavior because it’s usually the best way to make sure our own needs are met. In these cases, arbitrarily distinguishing between us and them is counterproductive. I think that’s why it makes me uncomfortable.

To my modern, liberal, western sentiments, ideas such as identity, status, and belonging are far more situational and fluid. In other words, to me, there is almost never such a sharp line. There are degrees of usness and themness, similarity and difference. No one is truly defined by a single, monolithic identity. And I refuse to see the world in terms of “us” and “them.”

My father does use “they” in this way from time to time. In his much older generation, notions such as race, religion, and gender were much more clearly defined and rigid than they are today, so it’s understandable that he’s more apt to draw distinctions along these lines.

But there’s something else about the way he used “they” that bothered me even more. It was more subtle. Here are some examples of things he said—see if it jumps out at you:

In this case, what “they” signifies isn’t so much difference or distance as it is willful ignorance and lack of agency. “They” is a placeholder for an actor that is unknown or imagined: the hand of God or deus ex machina. The actor who told you that you need to renew your prescription is not a human—not, say, a medical assistant at your doctor’s office, nor even a simple algorithm run by your pharmacy that checks when prescriptions need to be renewed and alerts you ahead of time. It’s a mysterious force of nature, out there somewhere, inscrutable and beyond comprehension.

More than mere ignorance, it signifies acceptance of this ignorance, resignation, and a lack of curiosity. In other words, lack of agency.

It’s hard to turn off our own preconceptions, biases, and beliefs long enough to really consider how someone else sees the world, but pondering this question has been an excellent exercise in empathy. Language speaks volumes about the way one sees the world, and their place in it—and is therefore a window onto someone else’s mind and reality.

I can’t help but wonder, why is my father okay with being willfully ignorant, and with absolving himself of agency in this way? Why is he okay with not understanding why certain things are happening, or how, or what, if anything, he can or should do about them? Doesn’t this cause unnecessary fear and anxiety about the world? Doesn’t everyone want to feel like they have will, autonomy, control, agency?

There are many possible reasons. My father is highly intelligent, so it’s not down to a lack of intelligence, but there is much that divides us. He’s 60 years older than I am, so there is an enormous generation gap. He uses a computer, email, and a web browser daily, but these things arrived relatively late in his life, meaning they aren’t as central or as natural to him as they are to later generations. Dad is an immigrant, and I suspect that an emphasis on freedom, agency, and being in control are, if not uniquely American traits, then at least a bit less common where he comes from. Many things about the modern world, including technology and medicine, are genuinely complex. I suspect Dad is more okay with being ignorant about these things, and with outsourcing trust to what he perceives as a set of trusted experts, than I am.

On top of all of these differences, there is also the fact that Dad is a Holocaust survivor. The things he witnessed and experienced in the early part of his life are unspeakable, and are impossible for people of later generations, including mine, to identify with. (I wrote more on this topic in the foreword to a book that he published last year on this topic.)

By really listening not only to what he was saying, but also how he said it, it became apparent to me that the world must look and feel very different to my father than it does to me. My world is an active world, where one is, by and large, in the driver’s seat, secure in the feeling of being master of one’s destiny. It is also a world where, to the extent that things go wrong, one must also accept responsibility for one’s own failings.

By contrast, my father’s is a world where things happen to you, where one is an object as much as a subject. To me, this thought is simultaneously terrifying and liberating: the idea of not being in control scares me, but the idea of letting someone else take the steering wheel for a little while has a certain calming appeal.

There is definitely some hard-earned wisdom in the way Dad lives his life. I’ve had it pretty easy, especially compared to his life, and I tend to feel very in control of my life. I think this is the reason I tend to overoptimize. I’m constantly analyzing, questioning, poking holes. I tend to chafe when things don’t go my way, and to be stubborn, contrarian, even a little rebellious and subversive. This isn’t bad in and of itself, but it’s a recipe for stress, exhaustion, and frustration. I think Dad would suggest that I should choose my battles a little more carefully, and be more willing to accept things as they are.

At the same time, however, I suspect it would benefit my father to take a more active role in the world around him, and in his life. He spends a lot of time reading the newspapers and magazines that land on his doorstep, or else watching whatever happens to be broadcast on cable TV each evening. In Dad’s world, someone else—some invisible, inscrutable authority—decides what to publish, and you consume what’s on offer, passively, unquestioningly. I suspect this has less to do with intentional deference to authority, and more to do with practicality and habit: for most of his life, he didn’t have any choices. He had access to only one newspaper, once a week, when he was lucky.

I’ve encouraged Dad for a long time to be a more active consumer of content: to seek out the news, articles, books, and videos that interest him. I’ve tried to explain that, on the Internet, you have a choice: you can passively consume the content that appears before you, or you can actively seek out content you want to see. It’s a work in progress. Old habits die hard.

Agency is an extraordinarily important topic to me. It’s one that I think about a great deal, and one that I want to write more about. One of the most powerful, life-changing things I’ve come to understand is that nothing is the way it is by chance. Everything in the modern world around us (other than nature itself) is the way it is because someone not unlike ourselves—someone no smarter and no more motivated than you and I—chose to make it so. Agency can, and does, change the world. This is a powerful, liberating thought.

When I was first getting involved in Ethereum and other open source projects, someone said something to me that perfectly captured this sentiment: There is no “they,” only “we.” This idea is, of course, especially true of open, permissionless, decentralized projects and communities, but really, it’s true of the world in general. Never expect that “they,” some invisible authority, will fix something for you.

This is probably the single most important tenet of the liberal social contract: in exchange for freedom, the primacy of individual needs, and the right to independent thought and action, we all bear a responsibility to ourselves and one another to fix the things that are broken, to move society forward, and to protect the liberal institutions that make all of this possible. This is probably more important today than at any point in history. This is impossible without agency.

To paraphrase Gandhi: We must be the change that we wish to see in the world.