What Can I Do?

Yes, you should do something. No, it's not obvious where to start. Here are some ideas. 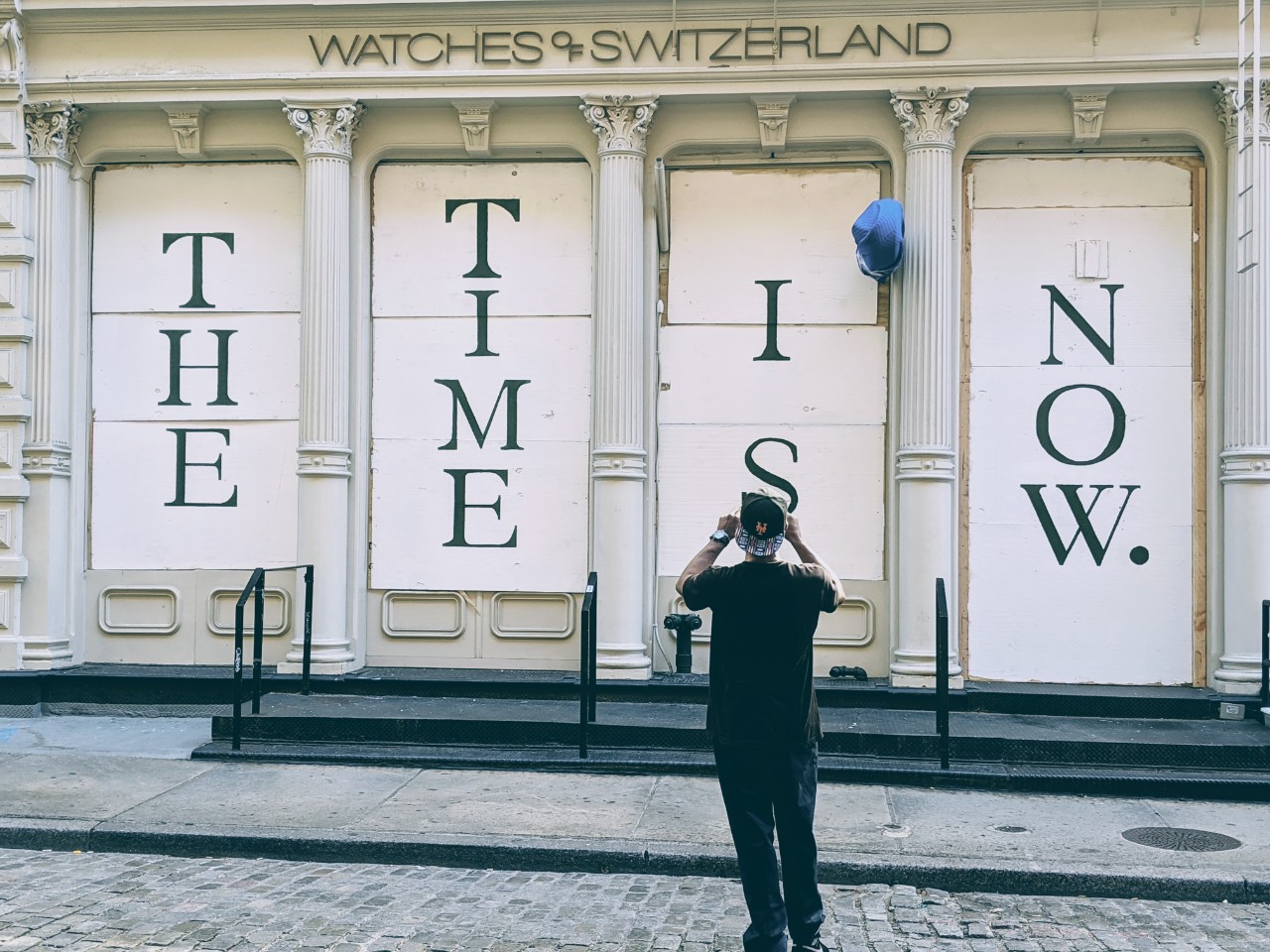 If there's one thing I've learned, it's that no time ever feels right to make a change. There really is no time like the present. Street art in Soho, New York City, June 2020. Photo by the author.

One of the questions that keeps coming up in conversations with friends lately is, “What can I do?” When I’ve tried to answer that question, for myself and for others, I’ve felt stuck. I’m certain that I can and should do something, but it’s not obvious what or where to start. The world is changing very quickly, and it’s difficult to keep up.

What’s more, saying or doing the wrong thing feels quite dangerous these days, since it might be misunderstood, misinterpreted, or taken out of context, and held against you. As a result it sometimes seems safer to say and do nothing. But that’s clearly not a solution to anything, and it’s not right. To remain silent is to be a part of the problem.

I’ve been pondering all of this for a few days, and while I don’t claim to have answers to the difficult questions we face as a society and as a nation, I do feel that I’ve found some answer to the question of what I can and should do today as a starting point. I want to share this list in case anyone else finds it helpful.

I recognize that I can do a lot better than I have done in the past. As a starting point, I’m reflecting on the social context of my life and my career, and how it’s benefited me and frustrated others. I’m making an effort to listen actively to others who have had a different set of experiences. I’m working on educating myself about history, and about this context and the experiences of other groups. I’m trying to join, and to foster, constructive, honest conversation on these topics. And, as I spend time writing every day, I’m exploring my own thoughts and feelings about topics like racism through the process of writing.

What sort of things are you doing? What ideas, and what resources, have you found the most helpful? How can I do better? Leave a comment and let me know.