Racism is so persistent precisely because so many of us find it difficult to talk about, and feel that it's not our problem. It is our problem. It's everyone's problem. 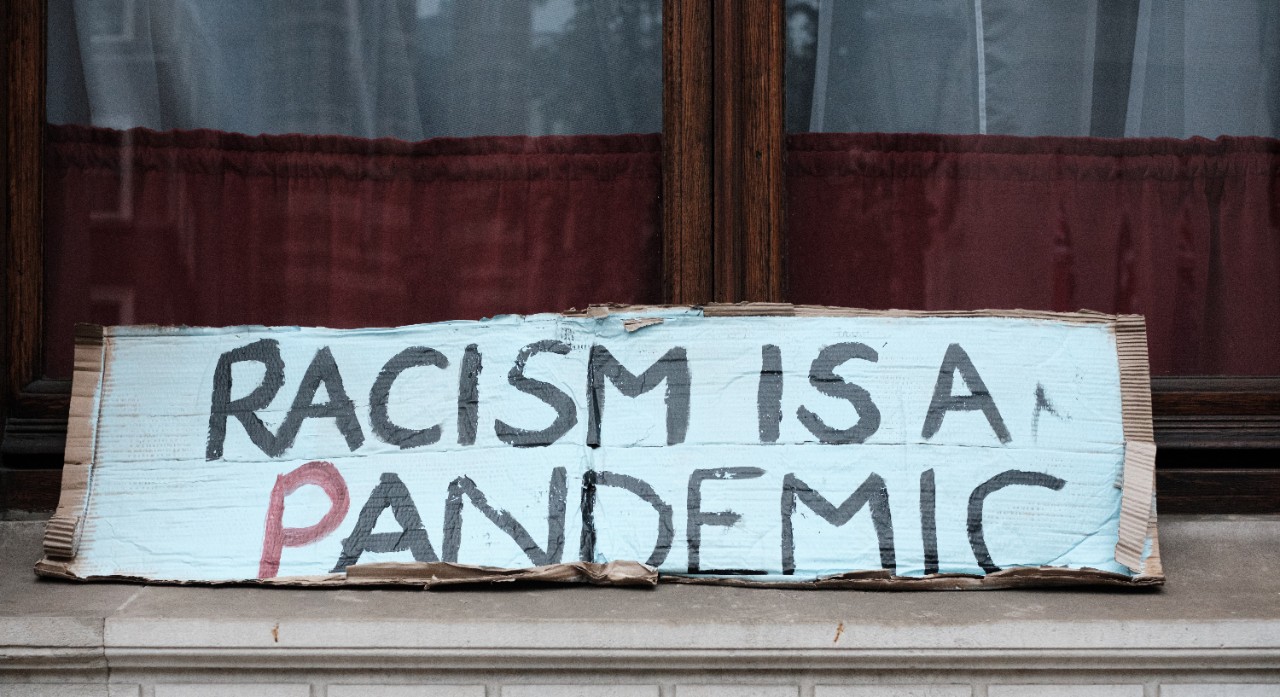 It's not just an empty slogan. Racism really is like a virus: it constantly evolves and requires constant vigilance to keep at bay. (Photo by Ehimetalor Akhere Unuabona on Unsplash)

I’ve been almost totally ignorant about racism until very recently. Like so many White Americans of my generation, I grew up under the false pretense that, since my family and I were not ourselves racist—in the sense that we didn’t think less of people of color, nor did we engage in any overtly racist acts—racism was not my problem. I naively felt that racists were bad people and that, since my friends, family, and I were not bad people, we could not have been racist. I had no notion of the concepts of white supremacy or white privilege.

I didn’t feel “privilege” at all. Quite the contrary: I felt that, having grown up poor, the things I have, such as an education and material comfort, are things I had earned through my own hard work and perseverance, not because of the color of my skin. If you had suggested otherwise, I would have been offended.

Perhaps most perniciously of all, I had convinced myself that I didn’t see race in the first place. I felt that we lived in a post-racial world, or at least in a post-racial country. I felt that to see people for their race rather than to see them as individuals would have been racist, wouldn’t it? I felt that racism was the legacy of a previous generation born into a different, long-gone reality, and that it would only be a matter of time before those few remaining tottering old racists died off and we as a society and as a people could move forward as one.

I now recognize that all of these beliefs are wrongheaded. Worst of all, they caused me to be complicit in a system that oppresses the very people I claim to view as equals.

Systematically unpacking this system of cultural beliefs, and challenging racism in all of its forms, is the work of a lifetime. While I have only just begun this process, I want to share a few things I’ve learned so far in case others might find these ideas helpful. This list is a starting point, and is in no way intended to be complete: if you see something missing, or something you disagree with, please let me know! Many of these ideas will probably seem like common sense to people of color and to readers further along this path than I am. The degree to which I found them surprising and insightful speaks to the degree of my ignorance about racism.

One additional note. While most of what follows is in line with the Black Lives Matter narrative that people of color today are systematically oppressed and that we all have an essential role to play in addressing racial inequities—which of course are true statements—I also highlight some facts that challenge parts of this narrative. I’m personally more interested in facts and objectivity than I am in supporting one particular movement or narrative, but readers who have not taken the time to explore these facts deeply might find some of them uncomfortable. I’m also less interested in being comfortable than I am in finding the truth and a common path forward. We’re all going to have to deal with some discomfort if we want to stand any chance of meaningfully addressing racism.

Which of these do you agree or disagree with? What’s missing from this list? Leave a comment and let me know.