Something to Believe In

Politics is broken. And cancel culture isn't the answer. The answer to extremism is pragmatism. 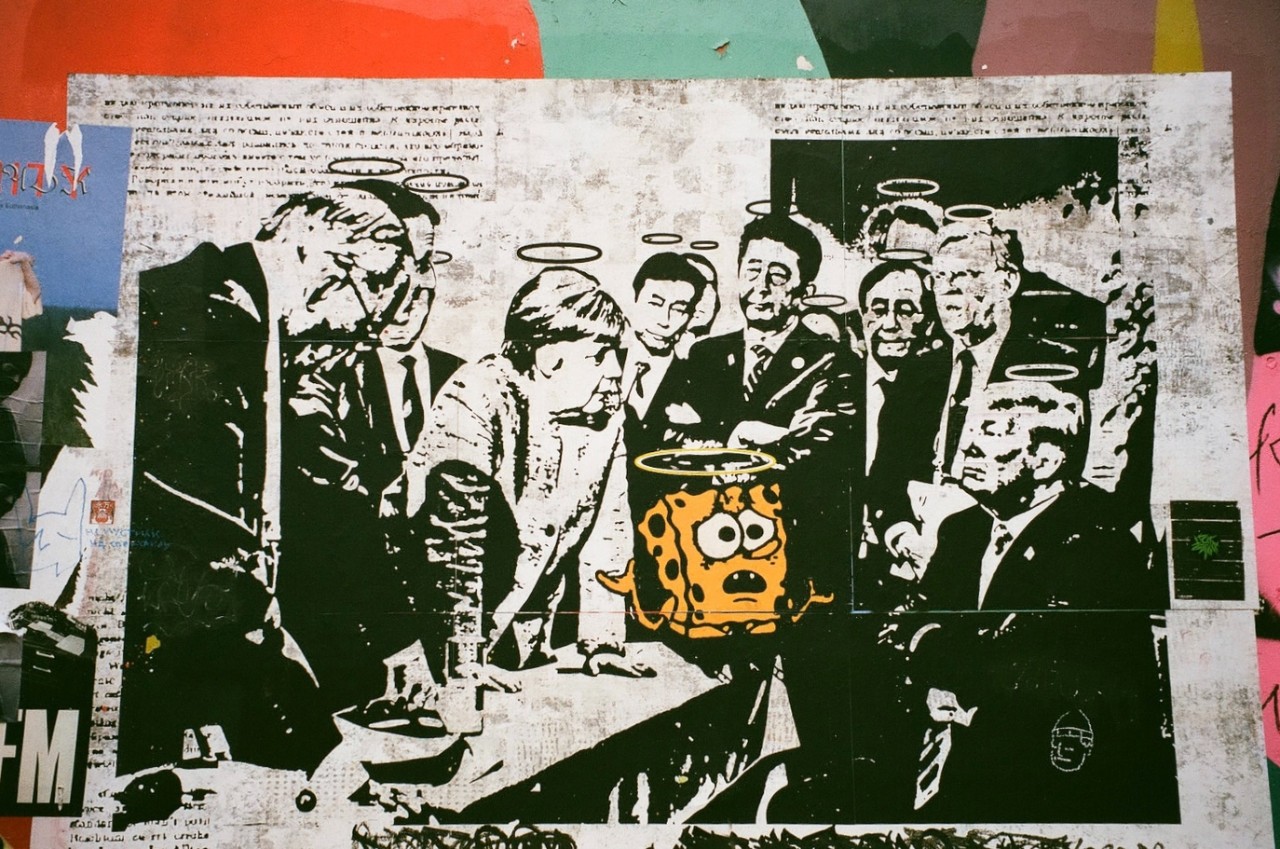 Maybe we should put SpongeBob in charge. He doesn't have any answers, but then neither do they, and I doubt things would get any worse. (Photo by diana on Unsplash)

I’m feeling pretty fed up with the state of the world, and the feeling has definitely become more intense recently. There are a number of reasons, but the most obvious one is politics. Politics feels totally broken in the United States and in disarray at the international level too. I’m sure I’m not alone in this feeling.

When I look at the Democratic party, I see idealists who wish for a more perfect world and promote legislation that might work in such a world, but that’s largely unrealistic in the world we actually live in. I align with the Democrats on many things including voting rights, promoting immigration, healthcare reform, and the value of a basic social safety net. I like moderate Democrats and moderate proposals, but I disagree with more radical policy proposals. A lot of them sound good in theory but wouldn’t work in practice, ideas like universal free college education and tighter corporate regulation. The Democrats have an unfortunate tendency to look like the party that’s bad at math and doesn’t really understand economics (who’s going to pay for universal college education?). Of course, the Democrats are also the party that’s traditionally opposed to free trade and that believes in big government and high government spending. I have no trust in the government to spend money well. I also feel like Democrats don’t appreciate the importance and value of business and entrepreneurship, and want to drown business in red tape and costly regulation that stifles innovation.

When I look at the Republican party, I see a dumpster fire. The party has a long history and used to stand for many admirable things such as small government, fiscal conservatism, free trade and free market capitalism, and classical liberalism. I support all of these, and in fact, I align with more closely with the traditional Republican stance than with the Democratic stance on these issues. However, the Republican Party has rapidly shifted its stance on many issues and now appears to stand more for populism, nepotism, incompetence, anti-science, self-defeating trade wars, white nationalism, and Trumpian narcissism. I struggle to see how the party will have any real relevance in an America that is increasingly young, diverse, urban, educated, and globally-minded. That is, unless it undergoes another total transformation.

In short, both political parties look extremist and absurd to me. I’ve never considered myself a Democrat nor a Republican, but I feel even less aligned with the political mainstream today than at any other point in my life. Crisis has a tendency to bring out extremes, and lately we’ve seen the worst of both parties and of our political system more generally. Somehow, the choice between two bad options seems antiquated and oddly quaint, like a relic of simpler times. My parents may have grown up in a world where there were only three or four television channels, but surely we have more options today, right? Hasn’t the Internet solved this already?

It hasn’t—if anything, the Internet has made things worse by removing what common ground we once had to stand on.

There was a brief moment, a few weeks ago, when I thought I had found my people. I saw, and joined, groups of angry, motivated, passionate citizens who gathered to protest injustice. I discovered that they are as disgusted as I am with the state of affairs. In fact, many of them have faced much greater injustices than I have, and are even more disgusted. The proximate cause that brought us together, from Brooklyn to Tulsa to Minneapolis to the self-declared Capital Hill Autonomous Zone in Seattle, was the wrongful death of George Floyd at the hands of those sworn to protect his life. While systemic racism was, and is, one of the main things these groups are protesting, I think that it’s about a lot more. In addition to persistent racism and white nationalism, there’s the partisan disaster that American politics has become, ongoing corporate bailouts in the face of rising inequality and stagnating wages, unaffordable housing and broken healthcare, the bungled response to Covid19, inaction on climate change, and the ongoing threat of nuclear war, just to name a few. We’re failing to address these critical issues and we need a new approach because what we’re doing is not working. Our leaders are clearly not up to the task of responding to these crises, and the political systems that elected them aren’t working, either.

In this moment, for the first time in my life I saw the vanguard of a motivated group of people that I thought could effect real, deep, lasting change. Their anger and their passion were palpable. Walking alongside the group through the eerily quiet corridors of power in Manhattan, I felt an energy in the air that I have never felt before—the energy of the real possibility of change, of revolution.

As magical as it was, the moment passed. And when I considered things more objectively, I began to see that the protest movement is no different than the politicians. This movement too is peddling outrageous policy goals that stand no realistic chance of fixing things. Defunding or abolishing the police is not the way forward. It sounds nice as a rallying call but it’s utopian and unrealistic. In this way it’s no more helpful than all of the other pie-in-the-sky policy goals from the mainstream parties. As long are still more guns than people in the country, the police will have a role to play in keeping the peace. (If you really want to reform America, maybe start by addressing gun violence.)[1]

What scares me even more than a radical policy agenda is the spectre of cancel culture. There’s a new religion brewing, one of wokeness and political correctness, that I find toxic and terrifying. You’re entitled to express whatever radical opinion you want to, but you’re not entitled to silence those you disagree with. In fact, you have an obligation to listen to and engage with others, especially those you disagree with, because it’s the only way we move forward as a society. Radical wokeness is the last thing our country or our world needs. We don’t need “one true party line.” We don’t need censorship. If you want those things, move to China. We need a liberal marketplace of ideas, and objectivism, and respect for one another’s perspectives.

Extremism breeds extremism, and it’s not surprising that the extremism of Trump should give rise to an extreme backlash. I’m still hopeful that we can meet in the middle and find a better, more moderate path forward. What might such a path look like?

The American political system has held up remarkably well for nearly 250 years, and I think we should keep most of it, but some institutions are badly in need of modernization. While I don’t support political revolution in the traditional sense, I do think that we need change that’s revolutionary, not merely evolutionary. We need better leaders. And we need a better system of nominating and electing them. While trust in institutions is low overall, trust in Congress is in the single digits. It’s time to hit reset and engage in some painful but necessary political reforms.

We need to stop the ridiculous practice of gerrymandering. We need campaign finance reform. We need to make sure that people everywhere are able to vote easily. We need term limits on Congress, which was not a full-time, professionalized institution for most of its existence. We need to reform or eliminate the Electoral College, which is antiquated and antidemocratic.[2] We need to shrink the federal government and put more power back in the hands of the states and local governments.[3] And we may need to dissolve Congress completely and elect leaders we actually trust and believe in.

A better path forward would prioritize democracy (little “d”) and liberalism (little “l”). It would focus on education and on equal access to opportunity. It would fix healthcare and take climate change seriously. It would engage boldly and optimistically with the world and support free trade. It would embrace immigration and diversity. It would believe in, promote, and invest heavily in science and in STEM more generally. It would support a marketplace of ideas and would be opposed to censorship and cancel culture. It would be unafraid to admit its own failures and limitations, and it would have bold ideas to address racism. And it would have some radical economic policies, because Capitalism 1.0 isn’t working. It would promote a fairer and more inclusive form of capitalism, but it would not embrace fundamentally failed ideas such as communism.

In short, it would be values-driven. It would actually stand for things like liberty, responsibility, compassion, human rights, innovation, objectivism, equality before the law, and a liberal social contract—rather than just making noise about them—and it would put country and Constitution before party.

Is there any hope of such a party or platform actually appearing in the United States? I’m given hope by the appearance of Andrew Yang, a candidate in this year’s presidential election. He understands and respects technology and education. He recognizes that capitalism isn’t working for most people and has bold ideas on how to reform it. His policy goals are overall quite reasonable. The fact that he won only 2-3% of the votes in the first presidential primaries shows that America isn’t ready for such a president, or perhaps that the broken electoral system inevitably sidelines moderate, centrist candidates in favor of extremists. But Yang is young and his political career is new, and I suspect and hope he’ll be on the political scene for a long time to come.

In the meantime, there is another hope, albeit a very different one: the hope of building a new system entirely. Rather than challenging the existing system, this system would be built in parallel in digital space. John Perry Barlow is the honorary founder of this project. In 1996 he gave cyberspace a Declaration of Independence, but he did not give it a Constitution. That work has fallen to us, and it remains very much a work in progress.

Covid19 and the past few months have proven beyond the shadow of a doubt that cyberspace is just as real, and as relevant, to humans today as the offline world. We’ve only just begun to understand how to organize and govern it. The current system, which places far too much power in the hands of a tiny number of unaccountable companies, is clearly unsustainable. I have hope that, as we figure out how to govern cyberspace and how it fits into the modern world order, we can do much better than we’ve done building our “weary giants of flesh and steel.” I hope that reasonable policies, and indeed politics, will play a larger role in a digitally native, transnational, enlightened community than they do in increasingly shortsighted, toxic, nationalistic offline politics. In some ways I think it’s our only hope. But that’s a subject for another article.